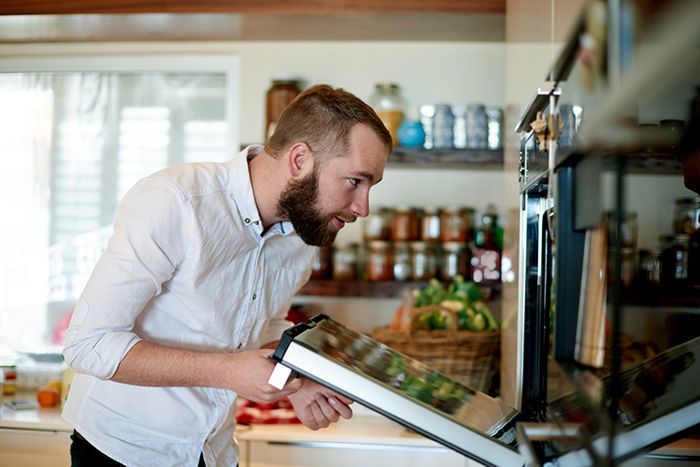 There is a lot of confusion surrounding the above kitchen appliances as many people often refer to a stove as an oven. An oven is a chamber for cooking without external burners, a stove is a cooking appliance without an oven and a range is typically a combination of both.

An oven is a chamber used for cooking, heating, baking and grilling food. They are many types of ovens ranging from home ovens, wall ovens, industrial ovens and earth ovens. An oven uses either gas or electricity to cook food. They have temperature control button to regulate the temperature at which specific foods will cook at. They also have timers.

A stove is an appliance used to cook food by providing heat directly. Some stoves are enclosed and this leads to people confusing them for ovens but not all stoves can cook food as some only provide heat. Traditional stoves used wood and coal as sources of fuel but that has changed as modern stoves now use gas or electricity. You will find that some stoves are portable. Stoves also have stove tops that are removable that is often used to support cooking appliances or for placing them on top of the stove during preparation.

A range is a stove with an oven and has a source of fuel which is either gas or electricity. It is more like an all in one oven and stove. It is a common kitchen appliance in many homes as it combines both a stove and an oven, therefore, more preferred than most people than buying each appliance separately.

3 Parts of Your Fridge You Forget to Clean [+1 Bonus]
The Perfect Science of Baking Cookies: Make Kid Scientists in Your Kitchen!
4 Dishwasher Myths Debunked
How to Make the Most of Your Refrigerator's Crisper Drawer
The Right Appliance Finish for Your Kitchen